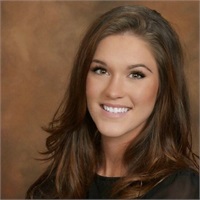 Born and raised in Pueblo West, Colorado, Austyn attended Pueblo West High School where she competed in
DECA along with soccer. She attended college at University of Colorado-Colorado Springs where she received her bachelor’s in Business Communication with a minor in Psychology. Following college, she received her insurance license in September of 2017 and her career took off quickly when she began working for Affordable American Insurance and the Carey Moreschini’s Insurance Agency as both an independent agent and as her part-time assistant. She is very excited to have joined the One Street Insurance Group in June of 2019 as a Junior Account Manager. She love animals, cooking, and traveling. Her favorite things to do outside of work consist of hanging out at the Pueblo Reservoir and trying out new restaurants.